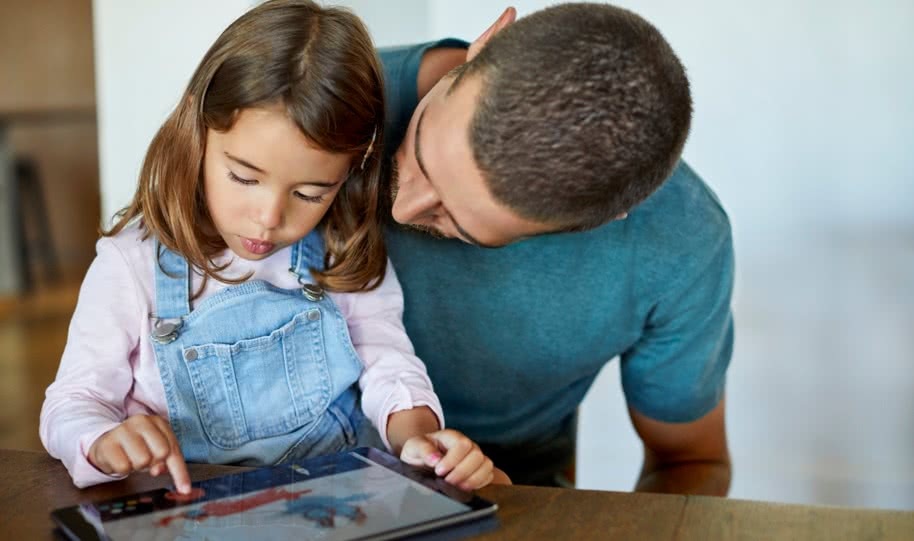 The brain is a bodily organ, just like the heart, liver, kidneys and lungs. As such, it needs a healthy environment to work properly

Diet, nutrition and the brain

The brain is a bodily organ, just like the heart, liver, kidneys and lungs. As such, it needs a healthy environment to work properly. That includes the whole range of essential nutrients – and the brain has even higher needs than the rest of the body for its development and tireless work in supporting cognition, memory, mood and behaviour.1,2
Although it’s only around 2.5% of the body’s weight, the brain guzzles a quarter of the body’s oxygen and blood supply at rest – and when it’s active, like when reading or solving a puzzle, that jumps to half. So, providing good nutrition is a critically important, but often overlooked, foundation for healthy learning in childhood.

Several different nutrients help deliver blood and oxygen to fuel neural activity, including the B vitamins and omega-3 fats (which also do so much more, warranting a whole section on their own – see further below).1

An array of different nutrients further support the synthesis and activity of neurotransmitters – the brain’s communication system – among many other vital functions in the body and brain.
Zinc, for instance – found in shellfish, legumes, seeds, nuts, eggs, vegetables and wholegrains – is a jack-of-all-trades when it comes to good health. As well as supporting immune function, growth, development and reproduction, zinc helps the developing brain and is an essential co-factor for more than 100 enzymes – hard-working proteins that catalyse virtually all chemical reactions in cells.

Iron is an essential mineral responsible for carrying oxygen to the body and brain – and it is the most common deficiency. Anaemia from iron deficiency affects up to a quarter of infants and many more suffer low levels without anaemia. Insufficient iron has system-wide impacts and in relation to the brain has been associated with poor cognitive development and behaviour, including hyperactivity.
Iron-rich foods include fish, eggs, dried beans and lentils, green leafy vegetables, nuts and seeds – and contrary to popular belief, there is no evidence that vegetarians have lower iron levels than non-vegetarians.3

Iodine, found particularly in fish and seaweed, is so important for the developing brain that deficiency results in severe mental retardation. Mild deficiencies are common in developed countries and have been associated with poorer cognitive function.4

Magnesium, rich in dark leafy greens and other vegetables, bananas and almonds, is another important mineral that is essential for every tissue and cell function in the body. It supports healthy immunity, is important for nerves, muscles and the heart, and helps brain development, memory and learning.

Low magnesium levels have been reported in children with attention deficit hyperactivity disorder (ADHD), and limited studies – one in conjunction with Vitamin B6 – found less hyperactivity and sleep disturbance in children after magnesium supplementation.

Not to be forgotten, the thousands of polyphenols found in plant foods have antioxidant and anti-inflammatory properties – both of which are important for healthy brain function. In children, pine bark extract, a potent antioxidant, has lowered levels of hyperactivity and inattention in research trials. Looking at multi-nutrient supplementation, a broad spectrum of high-dose nutrients was shown to improve attention, emotional regulation and aggression in children with ADHD.5,6 An analysis of 15 clinical trials also found that multi vitamin-mineral supplementation increased children’s IQ by 3.2 points overall in treatment groups compared to placebo.7 It must be noted that this was accounted for by children from poor neighbourhoods whose IQ increased by 8 points – nutrients are not a magic pill, they just correct any potential deficiencies.

Research has also linked whole diet to children’s mental health8 and cognition and behaviour,9 but again, effects are not so consistent in children who are already well-nourished. A study of 14-year-olds found that an unhealthy “Western” dietary pattern was associated with poorer cognitive performance three years later, at age 17.10

In younger children aged 3, an unhealthy diet – high in harmful fats, sugar and processed food – was linked to lower IQ at age 8, while a healthy diet was associated with higher IQ.11

Effects can also be short-term – it’s well-known that breakfast is an important meal, providing energy to help maintain attention and concentration.12 Clearly, it’s hard to focus and stay calm on an empty stomach. Breakfast quality is important though – sugary cereals will send glucose levels rocketing up and then plummeting down again. High fibre, high protein breakfasts are best to support healthy brain function and sustain blood glucose levels.13

If children struggle to eat a substantial breakfast, research has shown that a nutritious mid-morning snack can make up for the resulting impact on concentration.14

A landmark study in the UK then found that artificial food colourings and the preservative sodium benzoate caused hyperactivity in normal populations of school children (leading the government to ban those food additives).16 Some children can also react to other naturally occurring food chemicals including amines, salicylates and glutamate as well as wheat or dairy foods.17 It’s possible that altered gut bacteria might be impacting on the digestive tract, so probiotics might be helpful to maintain a healthy gut.18

When food reactions are suspected, identifying offending foods is complex, involving a careful elimination diet which should be done under professional supervision. However, eliminating highly processed foods with artificial additives is a good start for any child, hyperactive, inattentive, or not.19

When it comes to nutrients for child concentration and behaviour, omega-3s – found in oily fish such as salmon, tuna and mackerel, algae, dark leafy vegetables, nuts and seeds – are one of the best researched – and for good reason.20 Science is now confirming that our ancestors were not wrong about fish being brain food.

The dry weight of the brain is made up of 60% fat – and the long-chain omega-3 docosahexaenoic acid (DHA) is more highly concentrated in the brain than anywhere else in the body.

Omega-6 fats are also important for brain function, although Western diets typically have too much of the unhealthy versions in processed foods, and it’s important to keep these and omega-3s in balance.
Worryingly, studies have found that most children do not eat enough of the essential omega-3s,21,22 which must come from the diet because our bodies can’t make them.

Overall, a 2017 review of European studies found that only a quarter of the population consumes the recommended daily intake of the two important long-chain fatty acids eicosapentaenoic acid (EPA) and DHA, and this was lower in children.21 It should be noted that although the body can make these omega-3s from the short-chain versions found in plant foods, the best source is directly from fish or algae. Much research has shown particularly low levels of omega-3 in children who have problems with inattention and hyperactivity, compared to healthy children. Importantly, a body of clinical trials has found improvements in attention, hyperactivity and impulsivity after supplementation compared
with placebo.

In a 2005 placebo-controlled trial conducted in Durham, UK, with children who had dyspraxia (developmental coordination disorder), researchers found highly significant reductions in teacher ratings of cognition and behaviour, including hyperactivity, inattention and impulsivity, after fish oil supplementation.23 Even more resounding improvements were found in reading and spelling.
On average, the children were about a year behind their age level at the start of the study. After three months, the children taking fish oil improved their reading levels by 9.5 months compared to the expected 3.3 months in the placebo group. Spelling improved by 6.6 months after fish oil compared to 1.2 months on placebo.

Another well-designed study, published in 2007, was conducted in Australian children with parent ratings of symptoms associated with ADHD.24 They found significant improvements in hyperactivity, inattention and impulsivity following fish oil compared to placebo after four months of treatment, as well as improved ability to switch and control attention and vocabulary on cognitive tests.

A 2008 Swedish study supplemented children diagnosed with ADHD and, breaking the subgroups down, found the greatest improvements in children who had difficulties with attention, reading and writing.25 Looking at the whole body of studies, it should be noted that results are mixed, with some grouped analyses showing small effects overall. However, close inspection shows that study methodology is important to consider – including the length of the trial, the dosage, the
selection criteria, outcome measures, and whether or not the children were on medication.20

Successful studies found improvements in children with at least 750mg of DHA plus EPA per day, given for at least three months. Improvements tend to appear, and increase, over time – the Australian trial found that improved attention and hyperactivity were still increasing after six months on fish oil.
And although these studies have had positive outcomes on average,26 some children respond better than others – possibly those who had low omega-3 levels to start with.

It’s also possible that they need more than omega-3 – not only other nutrients but also other support to concentrate and control their behaviour.

3. Parletta N (2016). Why iron is such an important part of your diet. The Conversation, 8 December. URL: https://theconversation.com/why-iron-is-such-an-important-part-of-your-diet-69974

12. Hoyland A, Dye L, Lawton CL (2009). A systematic review of the effect of breakfast on the cognitive performance of children and adolescents. Nutrition Research Reviews, 22(2):220-243.

27. Caterino MC, Polak ED (1999). Effects of two types of activity on the performance of second-, third-, and fourth-grade students on a test of concentration. Perpetual and Motor Skills, 89(1).

28. Hyndman B (2018). Move it, move it: how physical activity at school helps the mind (as well as the body). The Conversation, 23 July. URL: https://theconversation.com/move-it-move-it-how-physical-activity-at-school-helps-the-mind-as-well-as-the-body-100175

36. Oxford Learning. How to help your child focus at school. URL: https://www.oxfordlearning.com/how-to-help-child-focus-in-school/

Was this article useful?

Thanks for your feedback

We use cookies to give you the best experience on our website. You can find out more about the cookies we use and how to change your settings.

We've detected you are coming from the United States. To purchase Equazen products in the US, visit equazen.us